Created in Uruguay and developed in Brazil futsal is the fastest growing indoor 5v5 sport in the world.

It is a technical, tactical, fast and intense game were players think faster and wiser in order to score and not to concede goals.

It is proven for each player to have more touches of the ball in Futsal than in an 11 a-side game.

Futsal is played on a hard surface pitch with hockey sized goals and with reduced bounce balls which are different sizes for different age groups. 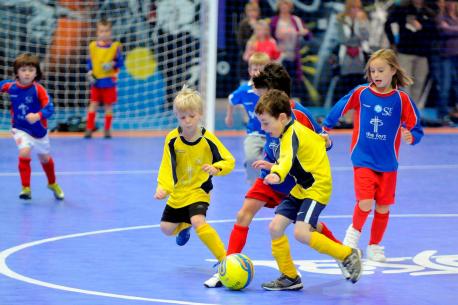 Futsal is Fun and enjoyable for ALL!

It is a fast, dynamic game played on a small pitch with touch lines. It is a high scoring game for player’s boys or girls of all abilities.

As the balls have less bounce they tend to stay in play longer and promote close ball control.

After playing in enclosed areas and learning to think and react quickly, players find they react well under pressure.

Playing in enclosed areas develops creativity; players are also constantly placed in demanding decision making situations in enclosed areas which is a major reason why Futsal is one of the finest teachers of the quick pass and move.

Slide tackles and excessive bodily contact is forbidden in the modified game, which results in fewer injuries. 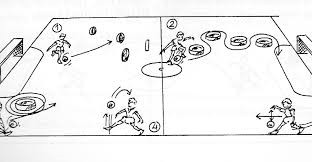 With the use of Futsal, develop ALL and ANY young person into skilfully, technically creative, knowledgeable players that understand the importance of educational and core values in not just Futsal but in life.

What do the Professionals think of Futsal?

‘In Portugal, all we played growing up was Futsal. Although the smaller court helped my footwork skills, the nature of the game made me feel so free when I played. If it wasn’t for Futsal, I would definitely not be the player I am today’- Cristiano Ronaldo (FIFA Men’s World Footballer 2008, 2013). 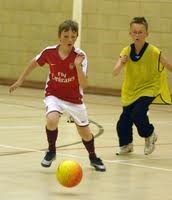 Each year group can have a turn taking part in futsal each term once a week.

From Under7s upwards there can be School teams representing the school and training can be once a week if the school wants for certain year groups. 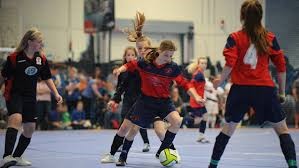 Anyone Can come and play, learn, improve, enjoy.

Children that meet the Sports Focus Futsal Academy philosophy can come to more challenging sessions and with the idea in playing for set age group teams. 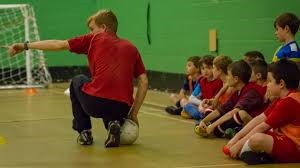